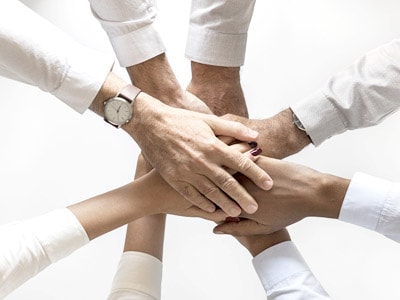 SINGAPORE: This country has over the years enjoyed sustained economic growth and successfully weathered many economic crises. Singapore’s economy has become more diversified and people in the country today enjoy a very good quality of life. The approach taken by the Singapore government to ensure its economy remains vibrant is through the formation of special committees. Among these committees is the Committee on the Future Economy (CFE).

The function of this committee is to examine key areas and make recommendations to chart the course of the nation’s future economic growth. The CFE is a 30-member committee made up of five Cabinet ministers and 25 other members from the private sector and was formed in December 2015 by Prime Minister Lee Hsien Loong. It is co-chaired by Finance Minister Heng Swee Keat with Minister of Trade and Industry S. Iswaran, while the other ministers are Education Minister (Higher Education and Skills) Ong Ye Kung, Minister for National Development Lawrence Wong and Minister in the Prime Minister’s Office Chan Chun Sing. The other members include leaders from different industries in both global and domestic markets, as well as large and small enterprises.

In its latest report on Feb 9, 2017, the CFE outlined seven strategies for the next decade to help the nation’s economy grow in this current challenging global environment. Heng said there have been numerous technological breakthroughs which had brought significant changes to the global economy and these had posed a great challenge to the committee when it began working. “What the CFE aims to do is to set out the direction and broad strategy rather than a detailed roadmap, It is much harder to say with any certainty which sectors will do well. And the nature of the economy interactions are vast, complex and fast-changing,” he said.

READ ALSO:  Singapore Start-Ups Raked in $5.5 Billion in Funding for 2020 Despite Covid-19

The CFE has over the past year, held more than 80 discussions and focus groups and engaged more than 9,000 stakeholders. These included trade associations, public agencies, unions, companies, executives, workers, academicians, educators and students.

Most important among the strategies is for Singapore to diversify its international connections, continue strengthening links with overseas partners and seek opportunities in new markets. The committee also recommended setting up a Global Innovation Alliance, where Institutes of Higher Learning (IHL) and companies can link up with overseas partners. It cited the example of Block 71 in San Francisco, which supports local startups that want to enter the US technology market and provides a gateway for US companies to enter the Singapore and South-east Asia markets. The CFE also suggested that Singapore encourage more specialised market research firms and consultancies to develop wider and deeper market knowledge of the region. “More internationalisation programmes can also be developed for students to acquire Global-Asia market insights and immerse themselves in overseas markets”, it added.

The call for workers to develop deep skills to stay relevant is not new to Singaporeans but the CFE stated that this was necessary to strengthen the connection between skills acquisition and utilisation. “Companies should play a bigger role in developing their workers. Both the private and public sectors should also move towards hiring and promoting workers based on their skills, instead of just academic grades,” the CFE was reported as saying. It also stated that more study and training programmes be rolled out so workers can pick up new skills.

3. Strengthen Enterprise Capabilities to Innovate and Scale Up

For the third strategy, the CFE suggested that the government strengthen the intellectual property (IP) ecosystem and establish commercially-oriented entities to better commercialise research findings. It also said more partnerships should be encouraged between large and small enterprises, while simpler regulation and incentive schemes should be rolled out to encourage greater investment in startups as well.

Cybersecurity and data analytics are high-potential growth industries. The CFE recommended that the government partners key industry players to train data scientists, use National Service to develop skills in cybersecurity and attract more technology firms in niche cybersecurity segments. “Data will be an increasingly important source of comparative advantage and we need to improve our ability to use it productively in the economy,” it said. The committee also recommended the creation of a dedicated programme office to collect and facilitate data usage.

5. Develop a Vibrant and Connected City of Opportunity

The CFE, under its fifth strategy, said Singapore should strengthen its status as a global aviation and shipping hub, leverage on the future high-speed rail line to Kuala Lumpur to create more economic activities in the region, and enhance its digital connectivity. It said the city must be planned in a way which allows Singapore to be well-connected externally, with sufficient space to grow and rejuvenate internally. It also recommended that Singapore create dense clusters of mutually-reinforcing economic activities, where companies of different sizes are sited together to encourage partnerships.
The committee recommended that the Government partners the private sector to transform Orchard Road into a shopping and lifestyle destination.

READ ALSO:  Singapore Manufacturing Activity Expanded in July for the 13th Month in a Row

These industry-specific roadmaps should continue to be customised to ensure the strategies can come together coherently to meet the needs of Singapore’s industries. The ITMs should also be used as platforms for integrative planning and implementation. The ITMs were first announced in Budget 2016 and are already being implemented and will cover 23 industries and about 80 per cent of the economy by the end of 2017.

7. Partner Each Other to Enable Innovation and Growth

Under the final strategy, the CFE stressed the need for mutual trust and cooperation between trade associations and chambers, unions, enterprises and individuals. “The Government should foster an environment to support innovation and risk-taking in the private and public sectors,” the committee said. It said Singapore’s tax system should remain broad-based, progressive and fair and must remain competitive and pro-growth. It added that the Government will need to be nimbler in supporting the emergence of potentially-disruptive business activities.

If these strategies are implemented well, the CFE envisions Singapore’s GDP growth at 2-3 per cent for the next decade. “Together, we can build a value-creating economy that is open and connected to the world, offering a multitude of opportunities, with sustainable wage growth and meaningful careers for all Singaporeans,” said the CFE. In a letter to the committee, Prime Minister, Lee Hsien Loong signalled the Government’s acceptance of the strategies proposed by the CFE.

Singapore Manufacturing Activity Expanded in July for the 13th Month in a Row
August 24, 2021

Singapore and UK to Form a Partnership for Financial Services
July 26, 2021