About Crowdfunding Services for SMEs in Singapore

About Crowdfunding Services for SMEs in Singapore 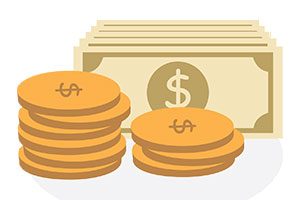 Crowdfunding certainly has become a phenomenon since it burst onto the scene, especially in the likes of countries like North America and Europe. While in the Asian region crowdfunding is still considered a concept which is new and in its early developmental stages, it appears to have really boomed in Singapore and is fast becoming a method being used by entrepreneurs to help them raise the capital they need, whether it’s for business expansion or for starting a business even.

What Is the Crowdfunding Concept?

Crowdfunding is when a project or a venture by a company is funded by raising certain amounts of money from a large number of people and external providers, hence the name crowd-funding. The funds are typically raised through the internet.

Crowdfunding has been well received because it allows businesses and entrepreneurs to secure the seed money they need for a project or venture. At the same time, these businesses and entrepreneurs will get the added benefit of gaining some insight from the crowds they engage with too. The crowdfunding concept also enables businesses to gain feedback from their contributors, which provides these businesses with instantaneous access to an on-going market testing capability.

Crowdfunding is certainly no stranger within the Singapore scene, as several Singapore-based crowdfunding platforms have emerged in recent years. Some of these platforms include FundedHere, MoolahSense and Crowdo. However, it needs to be noted that crowdfunding platforms in Singapore which are equity-based will be required to have a Capital Markets Services License because it involves securities. This requirement is mandated under the Securities and Futures Act.

READ ALSO:  Home Based Business Ideas You Can Start in Singapore

With more than 800 crowdfunding platforms worldwide, it has certainly proven itself to be a useful tool for SMEs to leverage on. Though still considered in its early days in Singapore, local crowdfunding platforms are quickly gaining momentum and traction as more Asian start-ups are emerging and leaving their mark on the e-commerce world.

Creative Business Strategies During the COVID-19
May 28, 2020

Recent Posts
Go to Top
This website uses cookies. We will assume you are fine with this. You can opt-out if you want to.AcceptRead More